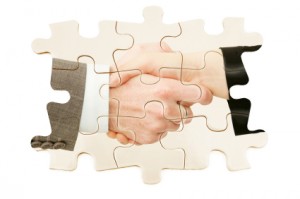 “While I was president of the Jewish Community Federation of Louisville, Shalom Tower, our low income housing high rise, needed extensive renovations our community could not afford. We worked with Steve Greenbaum to find a solution. His organization agreed to purchase the building, do the required renovations and operate it according to it’s original mandate. Thanks to Steve’s hands-on management of the process, the results have exceeded our expectations. We have funds to support programming for our elderly, the building is in first class shape, and the residents are enjoying superior management. it was a total win-win situation.”

“An affiliate of our labor union owned a HUD subsidized, 124-unit senior apartment building which we decided to sell [and] upon due diligence research [we] choose Steve Greenbaum’s organization as the purchaser. The decision was based upon the commitment that Steve and his partners made to maintain the mission to provide long term, quality and affordable housing to the senior residents. Steve was instrumental in navigating the complexities of governmental approvals for a smooth, seamless transition. He and his partners committed necessary fiscal resources allowing the improvement of the senior apartments through physical rehabilitation without the displacement of any of the senior residents. Through the sale of the senior residence, the union received needed financial resources to continue operations. In short, Steve Greenbaum is an honest, true to his word, committed professional with significant expertise – and commitment – towards preserving affordable senior housing.”

“Prior to selling Council House, we worked to confirm that the purchaser was as committed to the well being of the residents as they said they were. We also confirmed they had the ability to not only physically improve the building, but to work with various government agencies to complete a complicated preservation transaction. While it took some time to close, we have been thrilled with the results. As I look back on the transaction a few years later, I can say without hesitation that Steve Greenbaum and his partners kept every promise they made. The residents of Council House now live in a much improved building with a long term affordability commitment and our organization is financially stronger as a result. Additionally, Steve has become an annual contributor to our campaign and beyond, demonstrating his continuing commitment to our organization’s charitable mission.”

“It’s great to have good partners who have the same interests and principals that you have.”

“In my former capacity as president of the Jewish Federation of Greater Indianapolis, I had the pleasure of working with Steve Greenbaum on the sale of our unassisted living facility. Steve came to us with a generous proposal and was completely professional throughout the negotiations and approval process. He was committed to our residents and satisfied our every request in gaining approval of our various boards and government agencies to complete the transaction. Steve was true to his word and six years later we are still satisfied that our federation made the correct decision to work with Steve on this sale.”